7 Interesting Facts About the Original Novel of Dracula 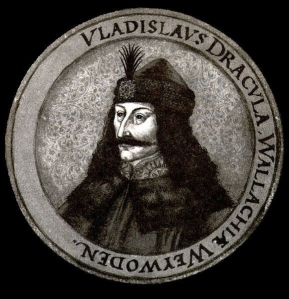 Dracula may not have been the first vampire story, but it blended elements of myth, legend, drama, horror and romance (and a distinctly British perspective) to create the modern vampire novel.

Interestingly, however, many people have not actually read the original novel, but have instead seen the various film adaptations or learned about the book via references from modern fantasy novels.

In fact, Bram Stoker’s Dracula has been reinterpreted so many times that elements of the original book have been lost. In an effort to set the record straight, below is a list of some of the more interesting (and lesser known) facts about the original book as penned by Bram Stoker in 1897.

fact 1. Van Helsing, was old, distinctly not sexy, and talked way too much.

Today’s vampire hunters are often young, sexy and tough, but Professor Abraham Van Helsing of Amsterdam (yes, he is Dutch) was originally presented as a kindly and wise old gentleman (with “bushy brows”) who tended to blabber on and on. His dialogue is anything but snappy. In Dracula, his lengthy monologues and diatribes often fill half a page or more.

fact 2. The story is told by a collection of letters, journals, and newspaper clippings.

We are so used first person fantasy (like the Dresden Files or Charlaine Harris’ Sookie Stackhouse series) or 3rd person narration (like Harry Potter) that it’s easy to imagine that Dracula is also told in this way. In fact, the story of Dracula is told entirely through letters, newspaper clippings, and journal entries, as though someone had stumbled onto them and put them together like a jigsaw puzzle to tell the entire story. The first words in the book are: “Chapter 1: Jonathan Harker’s Journal…”

Various incarnations of Dracula have been clean-shaven, but the Stoker Dracula is described thus: “His eyebrows were very massive, almost meeting over the nose, and with bushy hair that seemed to curl in its own profusion. The mouth, so far as I could see it under the heavy moustache, was fixed and rather cruel looking, with peculiarly sharp, white teeth…” He is later described as having a pointed beard. You gotta watch out for those bearded guys!

The beginning of Dracula concerns itself with Jonathan Harker’s journey to visit the Count in Transylvania. At first, he arrives thinking that he will be Dracula’s guest, but he is soon ensnared by the dark lord. In the meantime, however, Dracula must trick Harker into believing that he is the guest at a fancy-schmancy castle, this includes all the fineries like dinners and cigars and such. The only problem, however, is that old Drac’ has no staff, so he sneaks around, setting tables and doing the dishes when Jonathan is out of the room. In fact, he even pretends to be his own coachman when he goes to pick up Jonathan at a mountain crossroads. As Jonathan writes (in his journal): “I heard the great door below shut, and knew that the Count had returned. He did not come at once into the library, so I went cautiously into my own room and found him making my bed…” 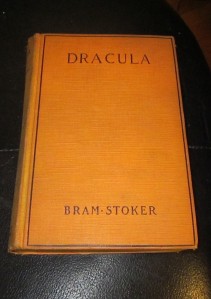 fact 5. Dracula’s origins are discussed. His powers come from a deal with the Devil.

After consulting with Arminius, a professor in Hungary, Van Helsing states that, “The Draculas… were a great and noble race, though now and again were scions who who were held by their coevals to have had dealings with the Evil One. They learned his secrets in the Scholomance, among the mountains over Lake Hermanstadt, where the devil claims the tenth scholar as his due…”… or to put it simply, Dracula became a vampire after selling his soul over to Satan in exchange for dark, ritual knowledge.

fact 6: The scariest scenes are travel scenes (the stagecoach and ship voyages).

For me, the scariest scenes in Dracula are not the passages where Dracula claims his victims, but instead the creepy travel scenes.

One is the opening stage coach segment during which the locals race a stagecoach as fast as possible to keep Jonathan from meeting Count Dracula’s own coach at a preordained crossroad and- just when they think they pulled it off- Dracula (disguised as his own coachman!) shows up.

Another great/ creepy passage is the captain’s log of the doomed voyage of the Demeter, the ship that Dracula stows away in. Even by modern standards, the disappearance of one crewman after another and the accompanying fear and paranoia is pretty unnerving.

fact 7: Bram Stoker weaves narrative magic and creates a new template of forbidden love  when Jonathan wonders what he will do if the Mina (the love of his life) is turned into a vampire.

As the book draws to a close, Mina and Jonathan find themselves in a horrible situation. She has been infected by Dracula’s blood, and she might soon find herself becoming a vampire. Jonathan is forced to contemplate what this might mean: “To one thing I have made up my mind. If we find out that Mina must be a vampire in the end, then she shall not go into the unknown and terrible land alone. I suppose it is thus that in old times one vampire meant many… so the holiest love was the recruiting sergeant for their ghastly ranks…” This beautiful turn-of-phrase introduced one of the most common tropes of modern fantasy/ romance: What do I do if I love a vampire?

Armand Inezian is a grant administrator by day, and a writer by night! VampCon- a dark, fantasy thriller- is his first novel. He resides in Boston with his wife, two children, three cats, and one house that needs a lot of work.
View all posts by Armand Inezian →
This entry was posted in Uncategorized and tagged Armand, Demeter, Dracula, facial hair, fiction, Greyhart Press, housework, Inezian, love, Scholomance, Thriller, VampCon, vampire, Van Helsing. Bookmark the permalink.