Review of Imperium by Nicholas Olivo 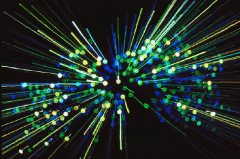 Review of Imperium by Nicholas Olivo

if this story were an animal, it would be a Clouded Leopard.

if this story were a drink, it would be a vanilla malt laced with shuriken.

“…I’m actually here to watch the guy fight his way out of terrible circumstances, external and internal. Gosh, just writing that makes me sound like a horrible, voyeuristic person, but it’s true!”

Review Preview! Imperium: A Caulborn Novel is an urban fantasy by Nicholas Olivo. The story is about Vincent Corinthos, a demi-god, agent of the supernatural, and dude who works in an antique shop. The author is heavily influenced by Jim “Dresden Files” Butcher and has a gift for working with Gremlins and the strange rules of “godmansship”. Overall this is a solid read, although Vincent himself somtimes comes across a bit too starchy and vanilla (what is he, a cake?) and some of the main characters need a little more clarity, complexity, and focus. Give Olivo some time, though, and I predict this series will really go places.

The story: Imperium: A Caulborn Novel

When I first heard of Nicholas Olivos’ urban fantasy novel, Imperium, I had a lot of reasons to be excited. Like me, Olivo resides in New England, enjoys fantasy, is interested in independent publishing, and admires Jim Butcher’s “The Dresden Files”, so it wasn’t long before I picked up a copy of Imperium for my Kindle, and I’m pleased to report that what I found was good. While not flawless, Imperium has a lot going for it and, hopefully, flags the beginning of a productive writing career for Mr. Olivo.

The main story of Imperium is the story of Vincent Corinthos, a young man who holds three different positions, the most prominent of which is being a god in the adjacent fairy world called the Bright Side. If that doesn’t keep him busy enough, he’s also an agent of the Caulborns- a secret organization that manages the supernatural populations on Earth- and also a clerk at an antique store. In Imperium, he must utilize all three jobs when a powerful wizard and out-of-control medical researcher threatened both Boston and the Bright Side.

Nicholas Olivo invites comparison to the wildly popular Jim Butcher. Not only because they’re working in the same milieu, which is to say the monster-mash world of urban fantasy, but because Nicholas Olivo mentions Jim Butcher- both on his personal website, and at the end of the novel- as a major inspiration. Can you compare the two? The answer is yes. Both are working in the first person. Both are interested in writing urban fantasies (Butcher in Chicago, and Olivo in Boston) and they populate their world with endless races of vampires, werewolves, fairies, ghosts and just about everything else that’s ever cropped up in any decent tome of monsters.

There is some separation however, particularly in narrative tone. Butcher tends to be darker, his novels (and underrated short stories) are replete with tortured souls, tortured bodies, naked women strapped to slabs, and extensive psychic and physical wounds. Butcher sits somewhere squarely between rated R and NC-17. Olivo takes a lighter approach, closer to PG-13, if you will. His heroes get over their injuries faster, they all seem to be particularly well-adjusted and pull together well in the face of crises. And when Olivo’s characters take off their clothes, they keep their underwear on.

Despite this difference in tone,you really do get a residual kind of “Jim Butcher feel” (Butcher-nocity if you will) while reading Imperium, and as so many of us fantasy fans are always looking for someone who reminds us of our favorites, this is definitely a good thing.

Shipping Up to Boston!

One fun thing about urban fantasy, is that it allows writers to ground their stories in a major city, and what a treat for me that Nicholas Olivo chose Boston, where I’ve lived for 14 years now. I think he’s uses it pretty well, including dimensional bridges at the Children’s Museum in South Boston, Irish pubs, bits of local history, and of course New England’s wild weather. If anything, I wanted a little bit more of this. I wanted MIT and the Red Sox. I wanted the swan boats in Boston Common, and maybe some cannoli from the North End ! I sense more is coming.

Like one of my favorite authors, Patrick Lee, Nicholas Olivo has a gift for creative plot devices. Whereas Patrick Lee (in his Breach series) creates plot-twisting, sci-fi technology worthy of Philip K. Dick, Olivo delivers plot devices that center on the rules around being a god (or half-god in Vincent’s case). The cream of these devices is Orcus, the “God of Oaths” who vaguely resembles a gorilla in a suit and has a tendency of referring to Vincent as “kid”. You see, in the world of Imperium, gods must keep their promises, which are entered into an iron bound book that rests (presumably between dimensions) on an obsidian pedestal. Failure to live up to a promise- any promise, whether made in jest, or in half hearted way, or even without thinking- means banishment to a hellish Tartarus, home of forgotten gods. And so when Vincent promises his wounded Caulborn partner, Megan, that she “will be fine,” Vincent gets a lot more than he bargained for and- no doubt- a sword hanging over his head for several books to come.

Another commonality shared by Jim Butcher and Nicholas Olivo is that their heroes are fanboys. Harry Dresden is constantly dropping knowledge (and nicknames) from Lord of the Rings and Star Wars, and Vincent, whose office is littered with Star Wars figurines, gives Mr. Dresden a run for his money. Vincent’s girlfriend, Petra- a living, super-powered statue made flesh- is obsessed with more recent science fiction fare, Joss Whedon’s Firefly series.

As far as I’m concerned, the best thing about Imperium is a secondary character named Geartstripper. Geartstripper is one of many gremlins created by the Nazis in World War II. He has a dark past, but has moved on to become one of the good guys, a technical assistant- a MacGyver of sorts- to Vincent Corinthos. Geartstripper is an all-around smashing (literally and figuratively) character, and there are so many places to go with him. He’s plugged in to the local gremlin network. He has technical skills to spare. His feelings and memories run deep, and- for God’s sake – he’s a gremlin! interestingly, the depth that Olivo brings to Gearstripper brings me to one aspect of Imperium that could use some improvement, Vincent himself.

“There is a crack in everything, that’s how the light gets in…” and I’m afraid that Vincent Corinthos just isn’t cracked up enough yet. Not that I want Vincent to be a raving, loose cannon or tortured soul, because I get the sense that that’s not what Olivo’s writing is about, but Vincent is just a little too well composed for story-telling purposes. He’s a good guy. He’s got a beautiful girlfriend who dotes on him. He’s a god. He has tons of amazing powers. He’s thoughtful and funny. But – you know- I’m not going out on a date with the guy. I’m actually here to watch the guy fight his way out of terrible circumstances, external and internal. Gosh, just writing that makes me sound like a horrible, voyeuristic person, but it’s true!

This exposes one of the inherent paradoxes of genre fiction, or if you will: novels that center around heroes. Basically, you know the star isn’t going to die in the end, and if they do die- like when DC comics killed Superman- you know they will come back again some day. Many writers address this by using a bittersweet approach, promising that- yes- the hero will live, but some of his friends will die along the way, or the hero will need to compromise their principles, or the hero must be alone (without true love), or all of the above. This is certainly the case with Jim Butcher’s Harry Dresden who (taking a page from Batman) has lost allies, made deals with lesser evil to thwart greater evil, has battled with his inner rage, and who is almost never happy in love. Like Superman of the Silver Age, however, Vincent Corinthos is spared this bittersweet burden. He will have his cake and eat it too, and (spoiler alert here) once you discover this pattern in the book, it takes a lot of the tension out of the novel. You never feel like Vincent is in real trouble. I am hopeful that Olivo addresses this in sequels, and makes Vincent a little more cracked, so that light can get in.

Despite a few drawbacks, Imperium is an entertaining read and promising start for Mr. Olivo who conjures up some great characters and ideas, and I recommend this book to (urban) fantasy fans everywhere.

Armand Inezian is a grant administrator by day, and a writer by night! VampCon- a dark, fantasy thriller- is his first novel. He resides in Boston with his wife, two children, three cats, and one house that needs a lot of work.
View all posts by Armand Inezian →
This entry was posted in Reviews and tagged Caulborn, Imperium, Nicholos Olivo. Bookmark the permalink.